Regan Lee writes haiku, haibun, micro poetry and prose. Her haiku has been published in Frogpond, Modern Haiku and Earthwise, among others. Her non-fiction focuses on supernatural topics, including UFOs, Sasquatch and Mothman and she has published in those areas as well, including a monthly column for UFO Magazine. She manages several blogs devoted to those themes.

Regan is currently putting together several themed chapbooks of haiku and other poetry. Visit her Facebook group Haiku Daddy-O: https://www.facebook.com/groups/412644149402360/about

and the bars, closed

Erin is an avid traveler and uses her experiences on the road as inspiration for her poetry. She has had a number of poems published in publications such as; Three Line Poetry, Akitsu Quarterly, Presence, Blithe Spirit and Wales Haiku Journal, Chrysanthemum, #FemKuMag, Human/Kind, etc., along with numerous anthologies. She also writes non-fiction/memoir and Japanese short form poetry. Traveling the country with her husband and two Bassett hounds has allowed her to to experience nature in its many forms. Writing about the beauty and ferocity of our natural world is one of her major inspirations.

In a former life, Erin was employed as a surveillance officer in a large casino and an Emergency Medical Technician, who currently operates a small business thriving nationally.

sit me out among

covid in the air

my daughter doesn’t know what a corona virus is

she’s been laughing and smiling a lot lately.

her brother and sisters have been home all day

she’s enjoyed that, she likes the games they play.

my daughter probably caught it already

over a month ago, they told us it was influenza.

everybody in the house was short of breath

with congestion packed suspiciously tight in our heads

my daughter beat it

and she’s having a good time.

every morning she wakes up grinning from ear to ear

she drinks formula and naps peacefully.

my daughter doesn’t know what a corona virus is.

Writer’s Block in the Apocalypse by Shelby Wilson

I have but two choices:

use my voice or

succumb to the voices inside.

overblown scenarios will haunt me—

the insomniatic ghosts of three AM.

Symptoms include (but are not limited to):

a type of hypochondriatic imaginary death of

self patients over thirty-five.

lingering until the acridly sweet odor

transforming like the letters that flow from my fingers

in major sevenths and minor fifths,

before revising themselves to

My message is confused,

but the voice of anxiety fades

We were getting stronger and stronger. So strong and so righteous that even the middle hearts couldn’t look away. We were infiltrating the ranks with a moral pulse, that pounded tha-thump tha-thump tha-thump  so hard that the invisible coins shook out of their pockets. Those monsters were losing their constitution and they were decimating ours. And while ours was paper with words and rights, theirs was meat straight off their power that they clenched close to their chest.

They decided it would be no more. That’s it. They saw as us vermin that they had tolerated. Now it was time to take action. They released the bugs quietly. A smashed vial here and there in dark corners. It was designed as a warning and means of erasing our knowledge. It came for out old people. It came swiftly on the wind. Not giving them a chance to download everything in their hard drive. Leaving us heartbroken and dumber of the nuances that had conquered these very beasts in the past. They wanted the rest of healthy, pliant, and scared. But not so scared that we’d go crazy. To do that, they would have come the children. This time they were spared. And they let us know that.

It was a whole new world, with bad things on the horizon. Uprising were too likely, so as a token gesture they gave us one last feast to show us the benevolence of our masters. Soon they would starve us, and we’d accept this. So long as we just got a bit more for our child than our neighbour got. Fighting for the survival of our each individual progeny was all that would be in mind. 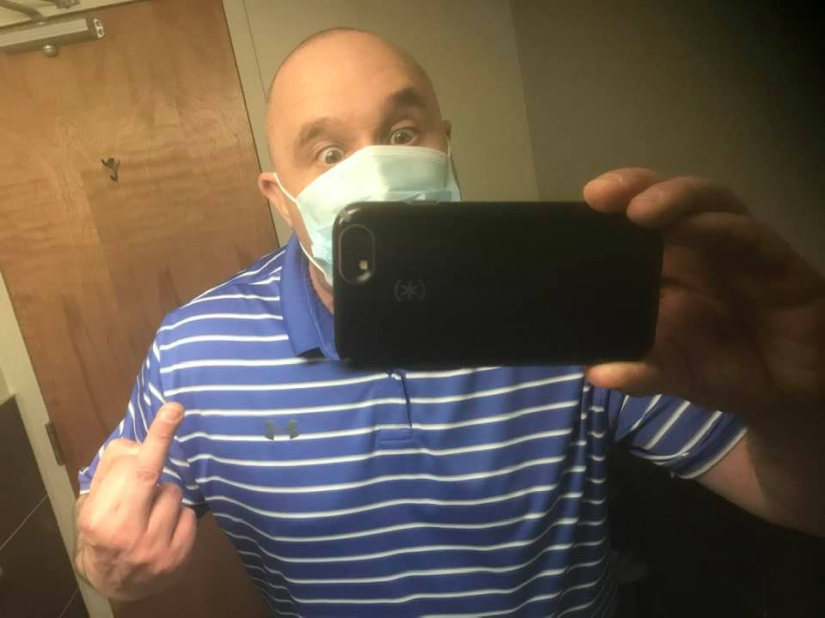 Encounters with Character by Kashiana Singh

Kashiana Singh is a management professional by job classification and a work practitioner by personal preference. Kashiana’s TEDx talk was dedicated to Work as Worship. Her poetry collection, Shelling Peanuts and Stringing Words presents her voice as a participant and an observer.

Kashiana lives in Chicago and carries her various geographical homes within her poetry.

All of us will meet again

twitching cold on shelves of labs

decorated with one yellow flower

just one, just one daffodil golden

picturesque, tossing in its glee

as in Wordsworth’s own vacant

eye, the bliss of solitude now in

each cell inside each jar, a slow

submission to the cosmic

largesse, each cell a crown

breaking into many pixels

of sun, rays that will light up

to be a spectacle of character

this is my wish—

the wish of my pensive mood

soon time will come out of a

its own quarantined hole, and

knock at our doors, soon it will

be time for a collective reckoning

we will each squarely face history

Art and Prose by C.F. Roberts

C.F. Roberts has been writing for a few decades. He is also a visual artist, videographer and (sometime) musician (your mileage may vary on that last one). He did a zine back in the 90s called SHOCKBOX: The Literary/Art Magazine with Teeth, and a few people thought it was good. His book, THE MEAT FACTORY AND OTHER STORIES, is available on Alien Buddha Press. THE SEVEN VIRGINS OF EUFAULA

The car broke down outside Louisville and we didn’t have shit after that….

“Me an’ skeezer go running round the dumps, w find lotsa good junk that might be good to collect, someone left some quarters in their old pocket and once I even found me a hand….”

Heinrich and Clem have been on garbage detail all week which maybe serves them right for the shit they tried to pull on furlough honeymoon’s over they ain’t in the newlyweds division no more rough detail in mid August and the smell out in the fields is enough to get to you….trundling along the wheelbarrow full of legs and hips, dirty, dead, dangling off the side….women, men, some children. Dozens upon the dozens. They had been gigged like frog’s legs.

“My brother Jay used to have this thing, he would open up the uterus of the pregnant ones, and he said they were a delicacy……he referred to it as ‘The Tamale’.”

“they get together for two reasons, I think…..one is sex and the other is, uh, recruiting.”

“It’s Adam and Eve, not Adam and Steve…see, I’m a poet and I didn’t even know it!” Probability of intentional GSA 60 yes 40 no.

The Seven Virgins of Eufaula are six menospausal yaks waiting to die in a shitforsaken petting zoo and a two-headed, circular incest case doddering around in circles in a public toilet in Jasper that closes at 5 PM….you can catch her there weekdays until 5 and after that she retires to the petting zoo for nightly waterings and strategic pragmatism, halleluja, amen——buy artisinal lightbulbs, praise the lord and pass the soylent—–

Jackie laughs to Ned over the 7AM liquor store, cracks a few jokes about hanging chads.

The shootings get thick after midnight. And maybe they fucking should.

“The market cures anything.”

A lot of assholes need to get ready for the nightsticks.

Kid Malthus gets ten thousand likes overnight, because of god, Money and the Stock Market, O Holy Mother of Late Capitalism pray for our sins…..

Open Orifices for all white billionaires, all shapes, all sizes, no waiting.

Cornholed systematically in the stoning field for blasphemy that is to say blowing whistlers out of turn and the unforgivable sin of desecrating a BANK, all hail the stockholders and save the market, jacking off to our ability to develop a brand, all American barefoot and pregnant and waiting to buy the hot new commodities……

I look up and smile the best I can through bloody lips. “That’s okay,” I say, “because it means you’ll be dying with me.”

He furrows a brow as if he were Ernst Stavro Blofeld or something, but says nothing. He doesn’t get it.

We were walking over the train tracks and a bunch of guys in hazmat suits had part of the depot cordoned off with police tape.

A week later they were everywhere.

1 thought on “The Alien Buddha Contracts Covid-19 Act 5: It’s The End Of The Word As We Know It (and I can’t find toilet paper anywhere)”